Most people are familiar with the role genetics play in conditions like eye color and hair color. But genetics can also play a role in many eye and vision problems. For example, genetics can contribute to conditions like nearsightedness, farsightedness, and astigmatism. It can also contribute to problems with the retina, such as macular degeneration and retinitis pigmentosa. An ophthalmologist in Torrance or elsewhere can help diagnose and treat these conditions and more.

While genetics can definitely play a role in some eye and vision problems, it’s important to remember that it’s not the only factor. Environmental factors, like exposure to sunlight or pollutants, can also contribute to problems. And lifestyle choices, like smoking or drinking, can also increase your risk of developing vision problems.

If you suspect a hereditary eye condition, you may find a service that utilizes a standard ancestry report in their analysis. But if you’re seriously concerned about your eye health, it’s important to talk to your doctor. They can help you determine if genetics are a factor in your eye problems, and they can also recommend ways to protect your vision.

The following are some of the most common vision problems caused by genetic factors:

Nearsightedness, or myopia, is a common vision problem in which people can see objects clearly up close but have difficulty seeing objects far away. This is due to the shape of the eye, which causes light to focus in front of the retina instead of directly on it. Nearsightedness can be due to a number of genetic and environmental factors, including the amount of time spent outdoors.

Genetics are thought to play a role in nearsightedness, as it tends to run in families. Nearsightedness may also be caused by the environment, such as spending too much time indoors or looking at screens for extended periods of time. And, finally, spending time outdoors in natural light has been shown to help reduce the risk of developing nearsightedness.

People with farsightedness often find it difficult to read small print or do close work, such as sewing or knitting. Other symptoms can include eye strain, headaches and fatigue. Farsightedness can often be corrected with eyeglasses, contact lenses or surgery.

Farsightedness is a common vision problem that can affect people of all ages. It is caused by the shape of the eye, which causes light to focus behind the retina instead of directly on it. This can be due to a number of genetic and environmental factors, including the amount of time spent outdoors. 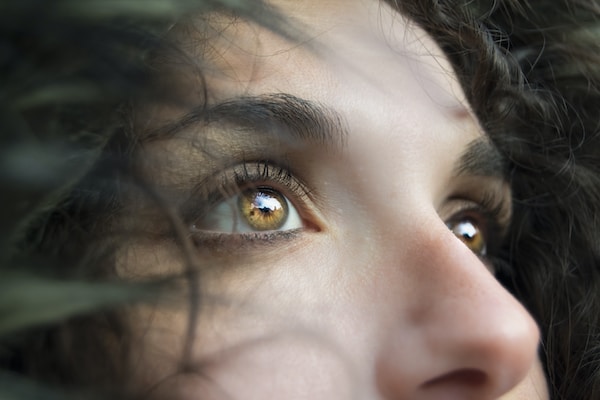 Astigmatism is a common vision problem that affects people of all ages. It is caused by an irregular shape of the eye, which results in light being focused unevenly on the retina. This can cause blurry vision, eye fatigue, and headaches.

There are a number of genetic and environmental factors that can contribute to astigmatism, including the amount of time spent outdoors. Babies are born with a certain level of astigmatism, but it can also develop later in life due to age, injury, or disease.

There are many other eye and vision problems that can be caused by genetics, including but not limited to: glaucoma, retinitis pigmentosa, diabetic retinopathy, optic neuritis, and Sturge-Weber syndrome.